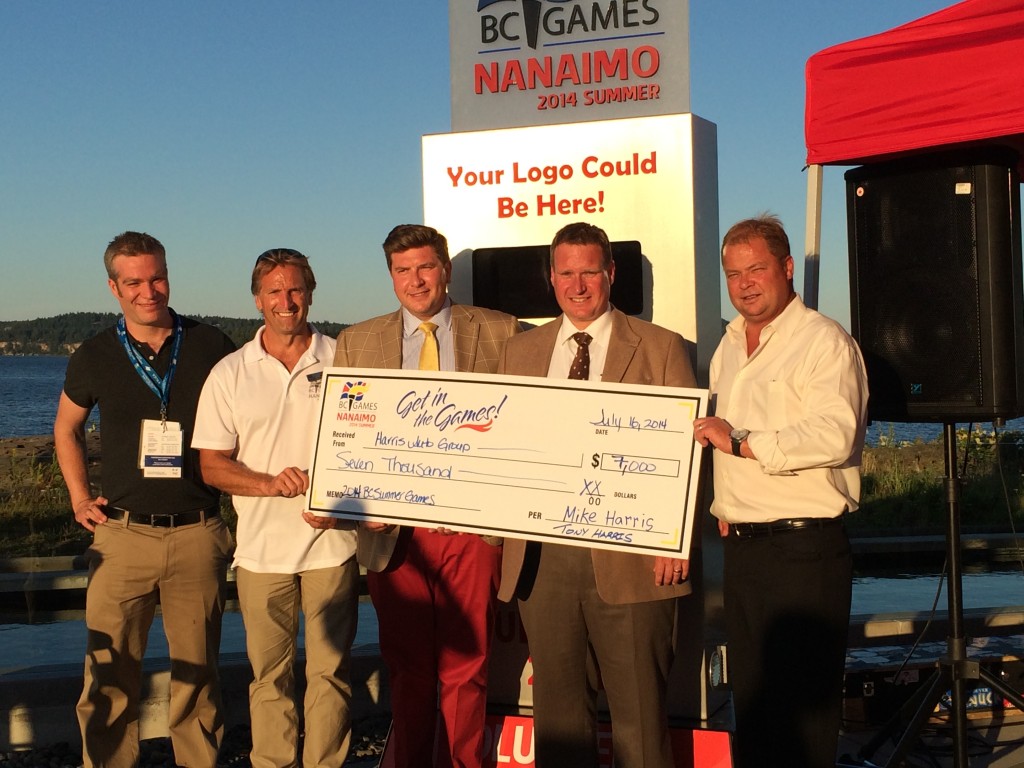 It was a great honour for my brother Michael and I to buy the BC Summer Games Countdown Clock. the BC Summer Games were held in Nanaimo in July and the countdown clock was auctioned off the night before the games began at a fundraising ceremony at the Cruise Ship Terminal in Nanaimo. Look for the clock over the coming months at our dealership locations counting down to the Harris Auto Group’s Car Giveaway in celebration of our 50 year anniversary.

Also, we would like to thank all of the tireless volunteers and the fundraising committee who who contributed so much to make the BC Summer Games in Nanaimo a great success.